Opencv image processing has always been an efficient and interesting tool that was used in malicious projects, but it has always been one of these advantages to record information and make changes in the operating system, but if we can, if processing changes in the external environment From the implemented system, it will certainly be very efficient, the purpose of this project is to control the engine server if it detects a human face. 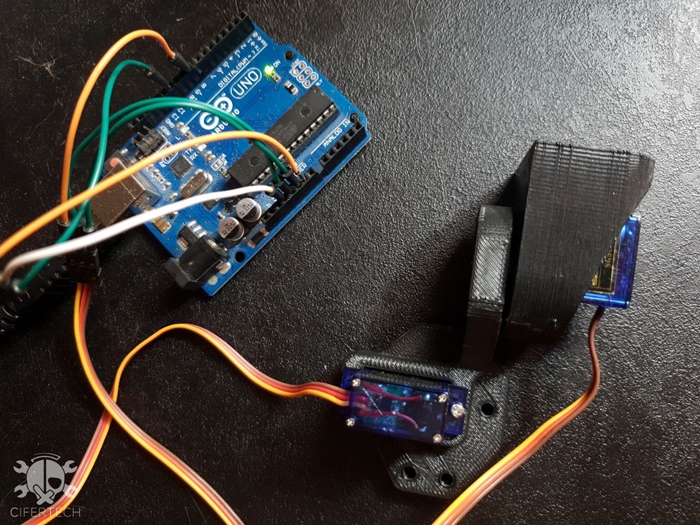 OpenCV is an open-source computer vision and machine learning software library. OpenCV is built to create a common infrastructure for computer vision applications and accelerate the use of machine perception in commercial products. OpenCV, as a BSD-licensed product, makes it easy for businesses to use and modify code. OpenCV or Open Computer Vision Library is a collection of image processing and machine learning programming libraries. This set focuses on real-time image processing. Originally developed and supported by Intel, it is now supported by Willow Garage and Itseez. Supported by Windows, Linux, Mac OS, iOS, and Android operating systems. It also has a programming interface in c / c ++, Python, Java, and MATLAB languages.

In machine learning, there is a topic called model, which is actually the objects and things that we want to recognize, for example, human face recognition, so for this we have to teach our machine that the appearance of a human, female or male, Small or large, old or young. For this, we have to introduce different images to our car to increase the ability to detect our car. This result of this process is called modeling, which is the hallmark of our machine, and then all of these models must be labeled so that the result is visually understandable to the user.

The Arduino board series is one of the most popular development boards among embedded engineers, which can be provided in various models such as Micro, pro mini, Nano, Uno, as well as Mega, the core of these popular boards is the AtMega328 series. Arduino is an open-source hardware and software platform. As mentioned earlier, the Arduino platform includes an open-source single-control microcontroller that forms part of the Arduino hardware. In addition, the Arduino platform includes Arduino IDE software designed for programming Arduino boards and a software bootloader that loads on the microcontroller. 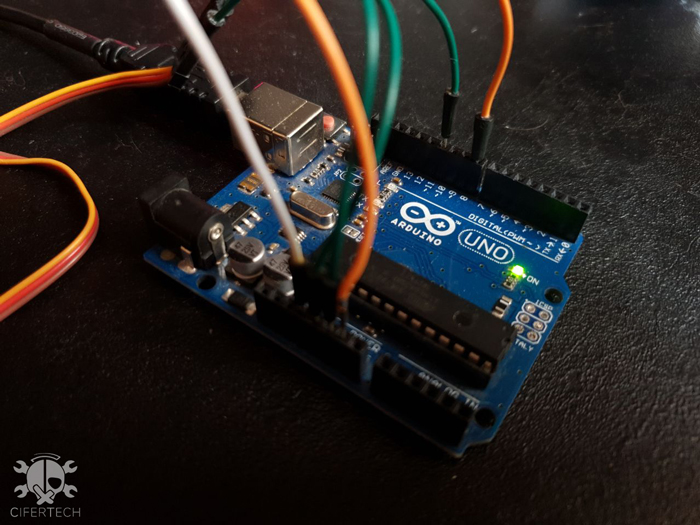 How this Project Works

In the Servo Motor project with OpenCV image processing, we use two different codes, one code for Arduino which is responsible for commanding the sg90 servo and the second code is a Python code that runs in your system and changes the servo variables. Depending on the position of your face in the image, as well as with the help of Arduino pyserial and Python code, they communicate with each other. 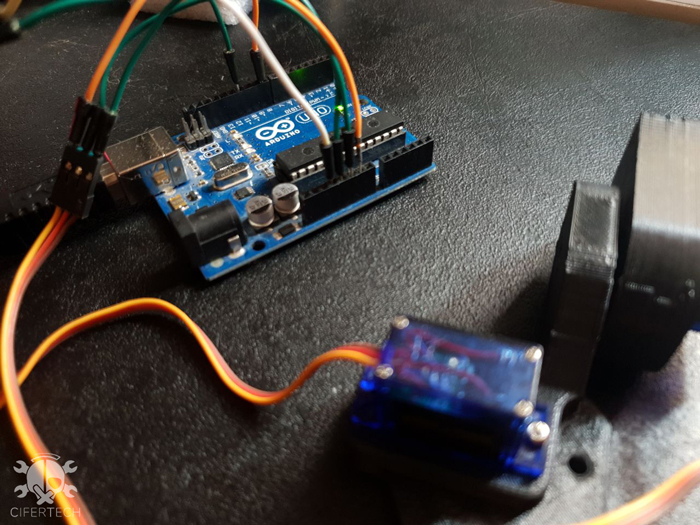 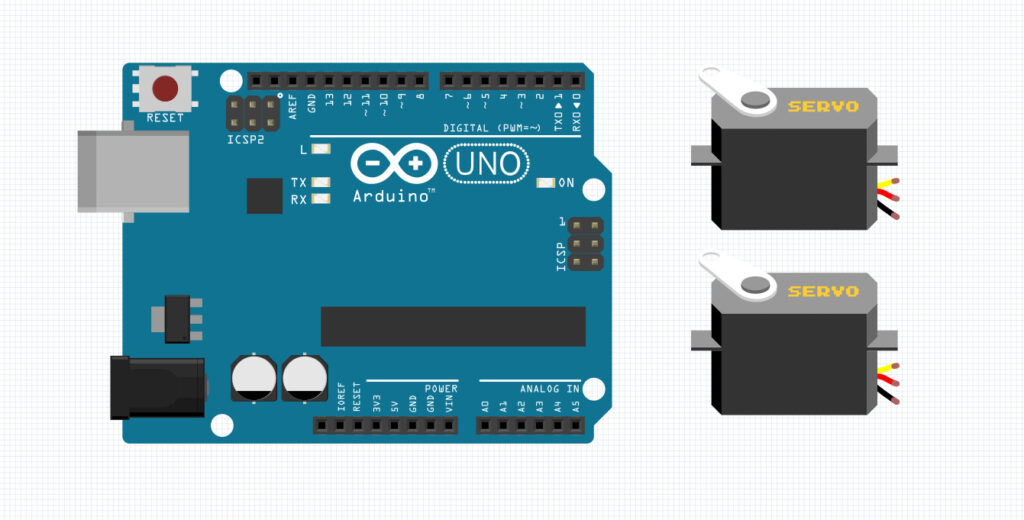 To run the project, we will first install the Servo reference library in the Arduino IDE software. Follow the steps below.

In Python code you need to install multiple libraries in your editor environment, I use pycharm editor. Search and install the packages marked in the image. And keep in mind that for image processing we need Python version 3.7 to be used simultaneously with pyserial. 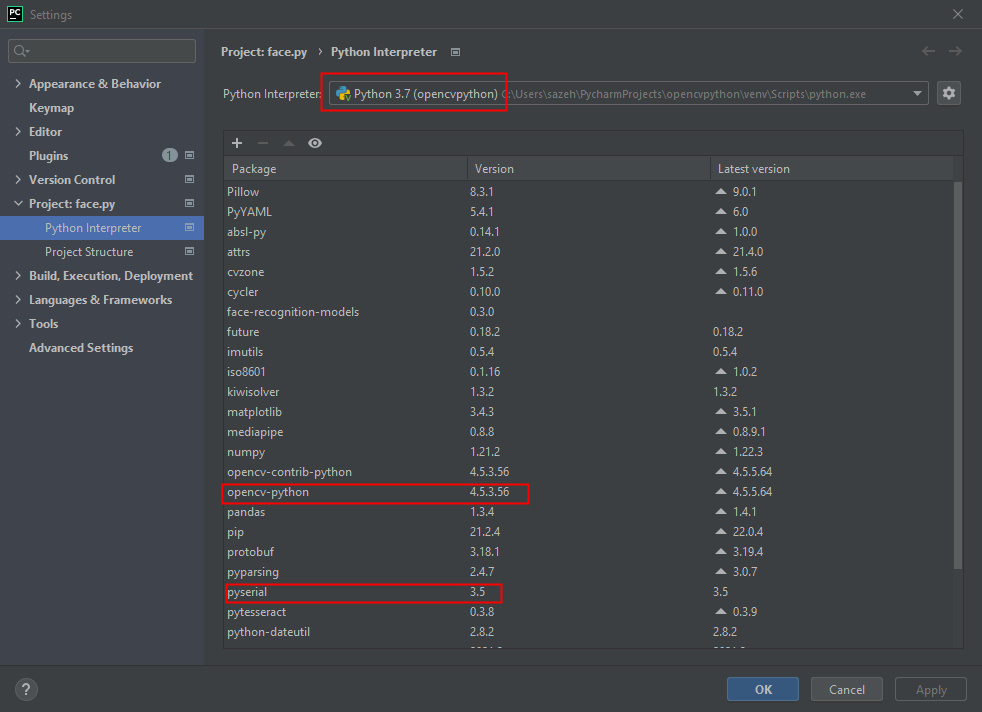 In the OpenCV project with Arduino, we use two servo motors for the length and width of the image center with the detected face, one of which is connected to pin 9 and the other to pin 10 in Arduino so that it moves horizontally and vertically. Align your face in the center of the image and follow it. 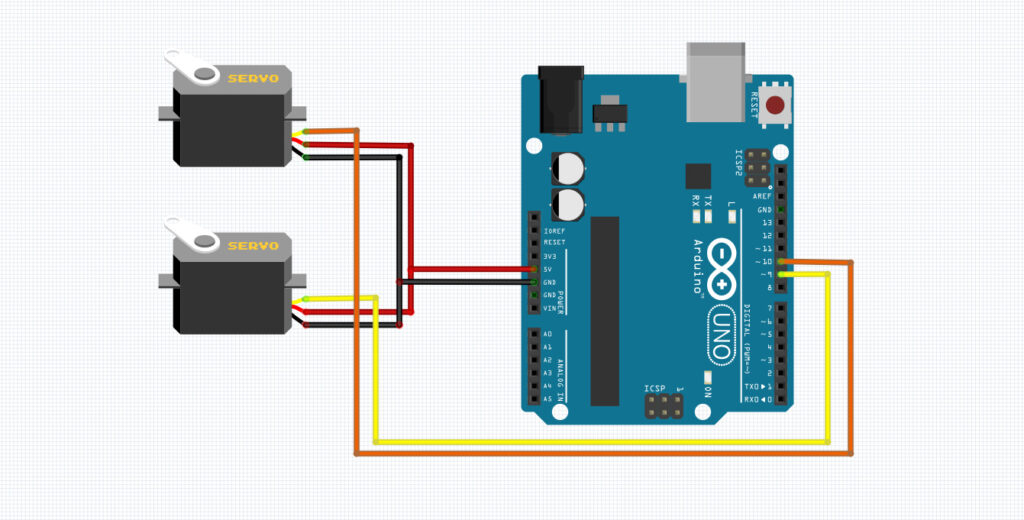 
Note: Note that image processing in this project requires predefined models, and in our project, a model for recognizing the image of a human face, for this purpose, use the following file next to the Python code. frontface model

Upon uploading the code to the Arduino and executing the Python code, if all of the above is done correctly, a webcam page editor will open for you that will be able to recognize your face, and in the meantime, the values ​​for the Arduino will be serialized. Will be sent, and according to the existing conditions, Arduino will try to change the position of the servos according to the movement of your face in the image by commanding the servo. 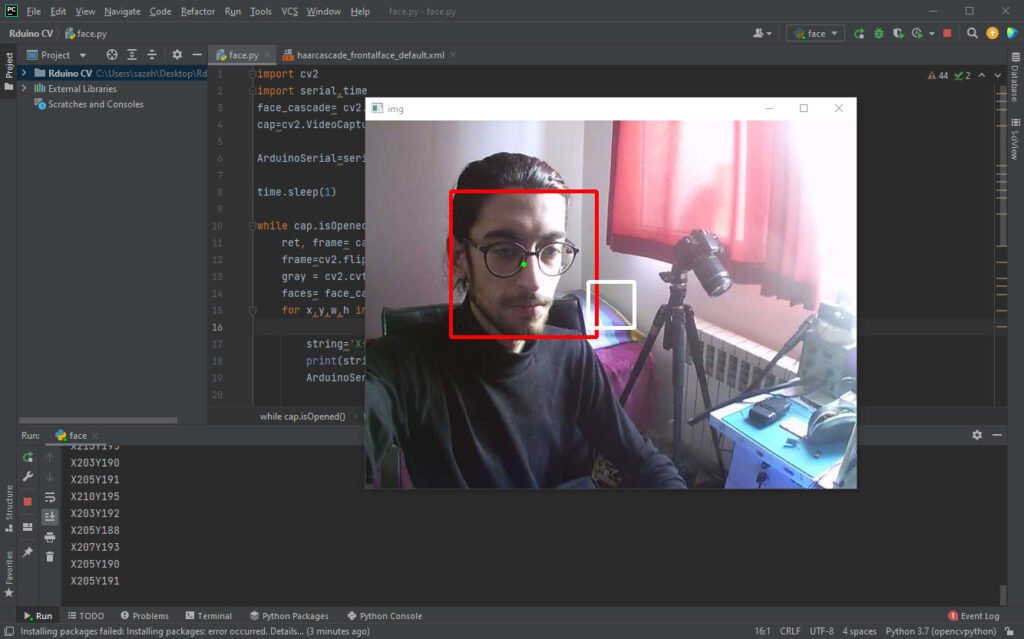 The Last Word with Cifer

If you encounter any problems during the setup and implementation of this project, do not hesitate to ask your question at the end of this post. I will answer your problem as soon as possible. Also, if there is a problem in the code or the execution steps, you can inform through this way.