In this project, we will build a 2.4GHz Wlan scanner using the nRF24L01 radio board. In this project, the output delivers all the interference and information in the scanned area in the form of ASCII codes. In the project of making  this scanner, we will use Arduino Nano as a processor. In the second part of this project, we will add an OLED display and display the scanned values ​​in graphs and graphs. With the nRF24 module, we can scan and view the entire 2.4GHz network. This helps us to check the status of the signals in the network. Visit CiferTech for more tutorials, and be sure to follow my Instagram page to support me. ^-^ 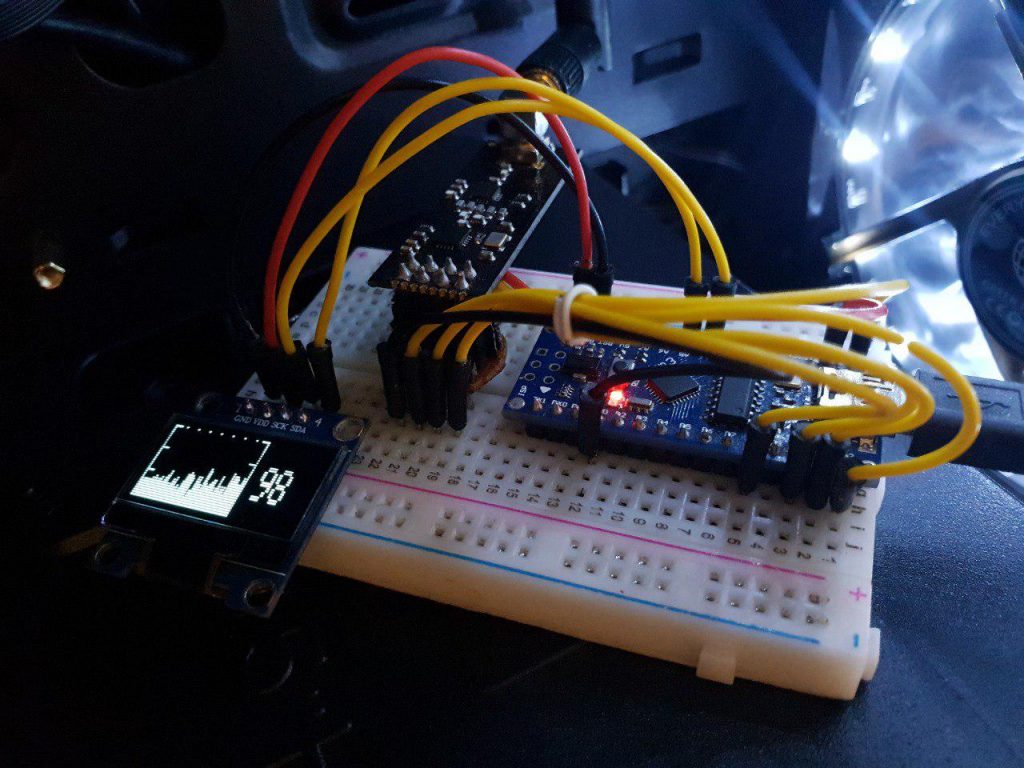 This module is a transceiver, meaning it does both send and receive. These modules are very cheap on price with small size, the operating voltage of this module is from 1.9 to 3.6 volts, MOSI, MISO and SCK pins are the SPI pins of the module. Must be connected to SPI protocol pins in Arduino. The CSN and CE pins are for setting the module to active mode and switching between command mode and data transfer. These two pins can be attached to any digital pin on the Arduino. The IRQ pin is an interrupt pin and does not need to be connected.

Some of the specifications of these modules are as follows:

Interference in the 2.4 GHz network band

There are many devices that operate in the 2.4GHz range, such as; Telephone, Bluetooth, WiFi, car alarm, microwave are all in this range that with this project we will be able to measure and display these values. It is not usually very difficult to find interference. Products are coming to market that act as spectrum analyzers and use a standard USB interface to a laptop, meaning that the interference source can be easily used with an antenna to find interference.

OLED displays are commonly used in IoT and other embedded projects to display text and different amounts. These modules come in a variety of sizes depending on the type of the driver, one of the most popular being the SSD1306 These types of OLEds are usually made in 0.96 and 1.3 inch sizes. Also, the OLED communication protocol is I2C. The light emitting diode (OLED) display that we will use in this tutorial is the SSD1306, a 0.96-inch monochrome display with 128.64 pixels as shown in the figure below. The OLED display does not require backlighting, which results in a very good contrast in dark environments. Also, its pixels consume energy only when turned on, so the OLED screen consumes less power than other monitors.

The Arduino board series is one of the most popular development boards among embedded engineers, which can be provided in various models such as Micro, proMini, Nano, Uno, as well as Mega, the core of these popular boards is the AtMega328 series. Arduino is an open source hardware and software platform. As mentioned earlier, the Arduino platform includes an open source single-control microcontroller that forms part of the Arduino hardware. In addition, the Arduino platform includes an Arduino IDE software designed to program for Arduino boards and a software bootloader that loads on the microcontroller.

The activity of the nRF24 RF radio board is transmitted to the Arduino board via the serial interface and displays any type of activity in ASCII code. Domains are displayed in different channels with the help of a simple mapping. In this project, the 2.4GHz network scanner even shows the interference of microwaves and wireless cameras. Of course, you may be wondering what is the difference between this scanner and packet monitors ?! In response, I have to mention that in the monitor pack, it only monitors the 14 channels available for WiFi networks, but in this project, we can detect and actually see any frequency in the 2.4 range. In the second part, we will deal with this issue more. In the following, we will display these values ​​in the form of graphs using the OLED display. The graph values ​​are based on the nRF power consumption at the moment of scanning, which in this scenario is directly related to the input data. 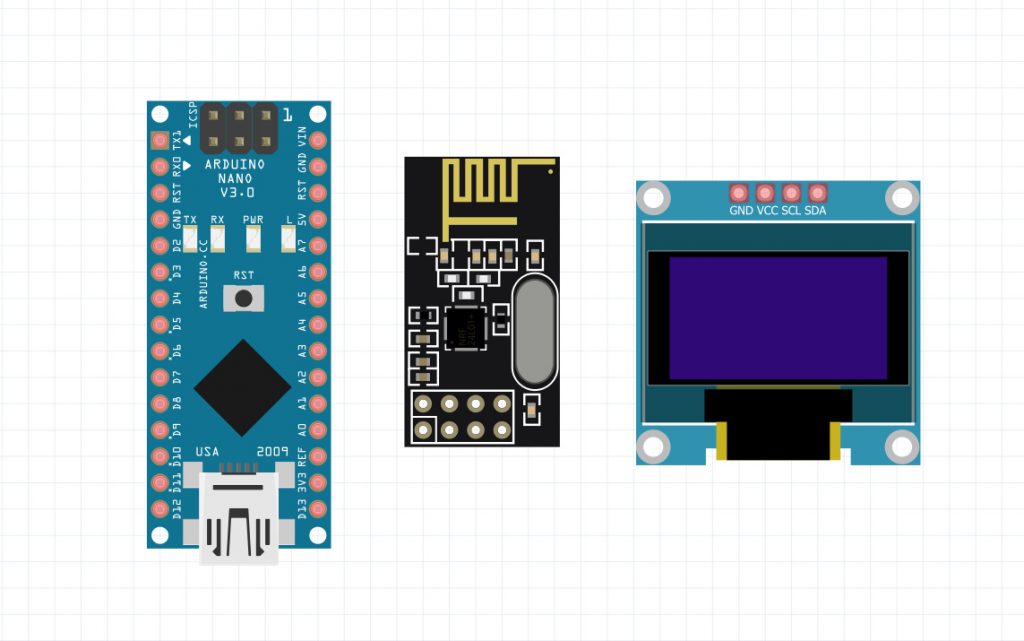 First, we will install the required library in Arduino IDE software. Follow these steps: 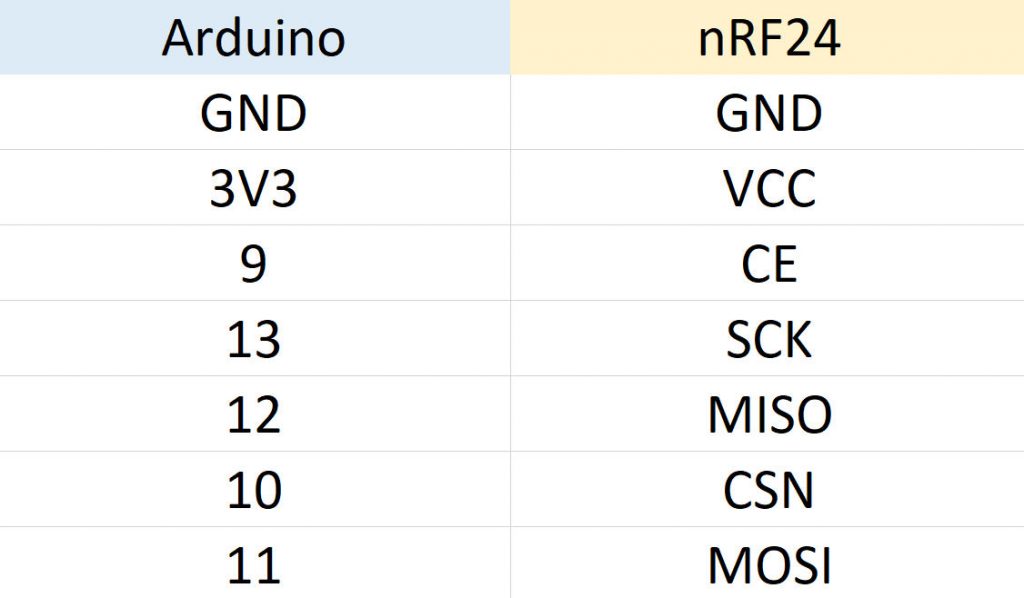 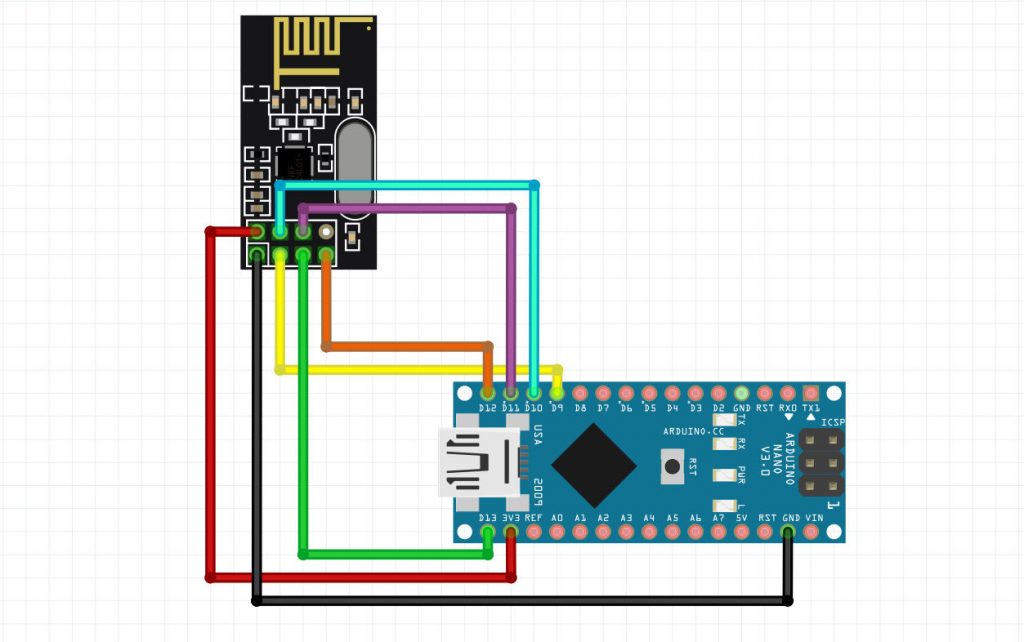 In this step we will examine the important parts of the code that need to be explained. In the first part, we will call the required library.

In this section we will specify the display scale of the values called the gray scale.

In this section we will set up the settings related to the SPI protocol.

This section is about scanning all values in the 2.4GHz band.

In this section, we specify the values of the gray chart and then we will print these values in the monitor series.

In the first step to start the project after installing the required libraries, we will establish connections between the nRF24 board, Arduino and OLED display. Make the connections according to the table and schematic below.

In this step, we will upload the code on the Arduino Nano board, but first we will examine parts of the code. The following libraries were used in this code, their number increased compared to the previous tutorial which used only one library.

This line of code contains an important part of the project, which defines the Gray symbol that represents the received data in the series.

In these few lines, several voids are defined in order, in the first case, we have set up the required registers.

In this section we set the values displayed on the right side of Oled.

Next, using the map, we equate the obtained values to the desired shapes.

In this project, using the nRF24 board as well as an Arduino nano, we built a scanner in the range of 2.4GHz networks, which is used in various projects. In the second part of the project, we analyzed the values and also displayed them graphically and graphically in We paid for the OLED display. You can use this project to scan existing network traffic over long distances, and also by analyzing the gray chart we can identify what source this information is and for what device. 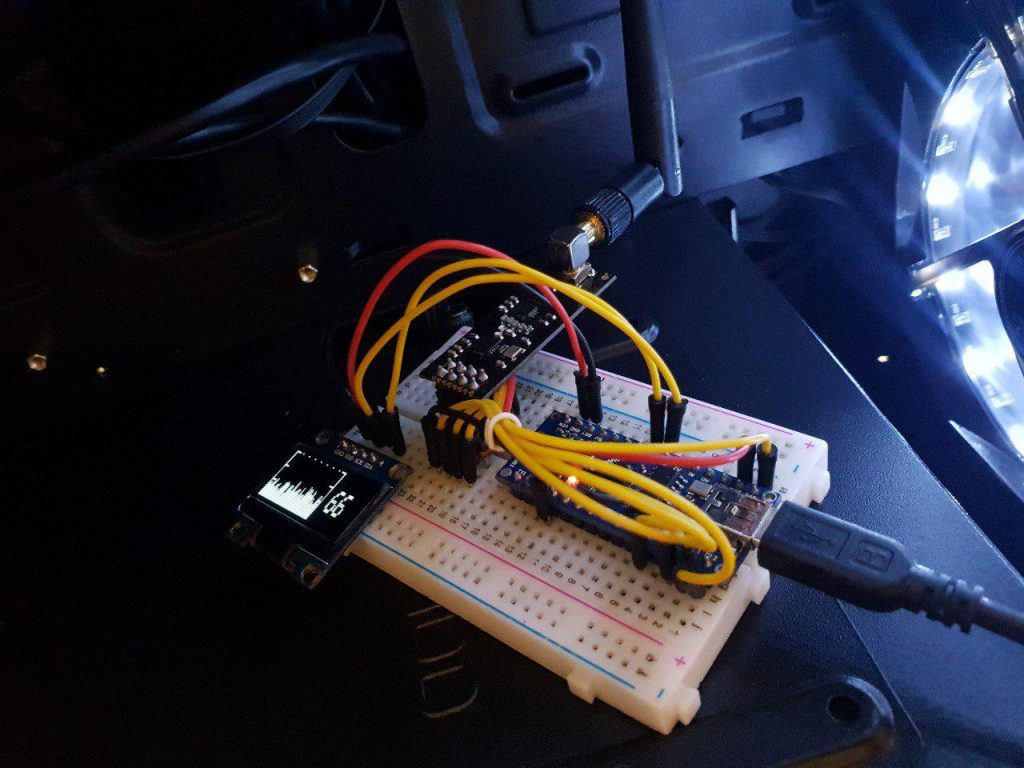